The U.S. Marijuana Movement Proves Unwavering As Voters Go Green In The 2018 Midterms 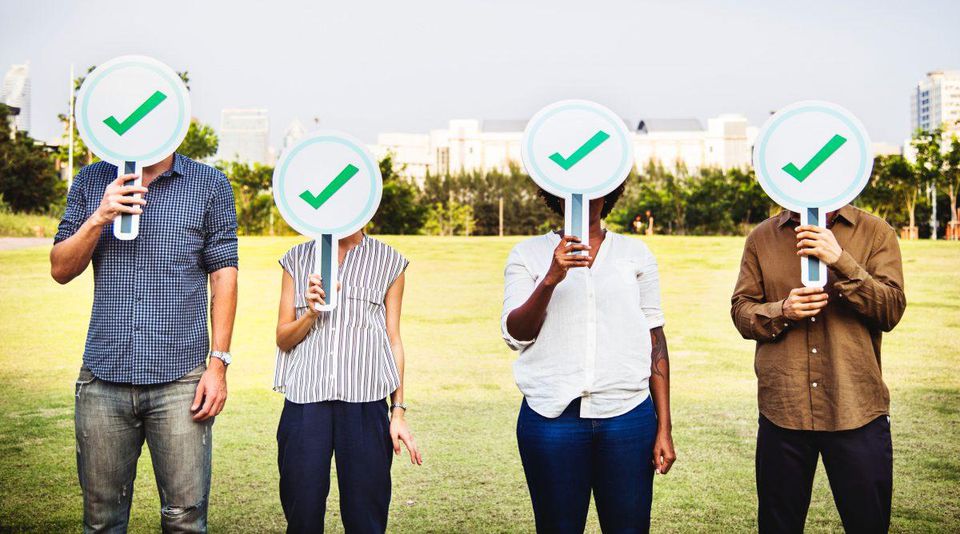 During the 2018 midterm elections, four states had some form of marijuana legalization on the ballot. Michigan and North Dakota put recreational up to a vote, while residents of Missouri and Utah decided whether to legalize medical marijuana.

The initiatives were successful in three of the four states—only North Dakotans struck down the initiative. These successes provide more evidence that Americans oppose the federal criminalization of marijuana; according to a recent survey from the Pew Research Center, 62% of Americans say the use of marijuana should be legalized, a number which has doubled since 2000.

Many in the marijuana industry see the election results as another step in the right direction towards federal legalization. Let’s take a look at the amendments that were on the ballot Tuesday night, and consider the implications for the national movement to legalize.

Michigan voters affirmed Proposal 1, which allows for the possession, use, cultivation, and sale of marijuana and industrial hemp by people over the age of 21. Medical marijuana has been legal in Michigan since 2008, but Proposal 1 gives Michigan residents the right the use it recreationally.

Any time a state’s voters approve the use of recreational marijuana, industry advocates become understandably excited; with Michigan’s successful ballot initiative, ten states and the District of Columbia have made weed legal. GrowLife, Inc CEO Marco Hegyi, sees Michigan’s approval as part of a broader trend.  “As the most popular ‘picks and shovels’ company for the cannabis industry, we are encouraged to see more states expanding access to cannabis and believe additional states will eventually follow suit, especially in the Midwest.”

For others like Kevin Love, Director of Product Development for Cannabiniers, Michigan’s recreational legalization means another populous and influential state to pressure the federal government. “The most significant outcome of last night’s election was the passing of the adult use measure in Michigan and Democrats taking control of the house. The victory in Michigan establishes a strong footing for adult use legalization by expanding beyond the western and northeastern states. We have successfully bridged national reach of adult use legalization in a market that has tremendous potential.”

Even voters in deep-red Utah showed a progressive spirit when it comes to weed. Utah voters approved Proposition 2, which legalizes medical marijuana use for certain illnesses, including the growing of up to six cannabis plants for personal medical use. It also allows for state-licensed facilities to sell medical weed to qualified patients.

For Eugenio Garcia of Cannabis Now magazine, the victory in Utah shows how much progress has been made—and how much work is left to go—in the country’s conservative parts.

“Utah was the most surprising with such a favorable vote to support cannabis, although it didn’t include smoking and flower use, there is much to be said about the importance of accessibility of cannabis for medicinal use. For me that was one of the last straws that will cause the dominos to fall in regard to red states. I think the political leadership in Utah might be the first ones through the door, it’s a big win, however, I think we need to not lose sight that we still have work to do.”

Missouri had two other marijuana-related initiatives on the ballot, which failed. Amendment 3 offered a much more restrictive version of legalized medical marijuana. Proposition C would have limited the tax to two percent and restricted qualifying medical conditions.

By adopting Amendment 2, Missouri voters rejected more limited forms of marijuana access. "Thanks to the unflagging efforts of patients and advocates, Missourians who could benefit from medical marijuana will soon be able to use it without fear of being treated like criminals,” Matthew Schweich, deputy director of the Marijuana Policy Project, said. “We hope lawmakers will implement the measure efficiently and effectively to ensure qualified patients can gain access to their medicine as soon as possible.”

The one place marijuana legalization failed was North Dakota with Measure 3. North Dakotans had the chance to legalize recreational marijuana, but it lost by a significant margin. Nevertheless, medical marijuana remains legal for certain approved conditions.

Legalizing full-use recreational cannabis will be a work in progress for North Dakota. Like other states that have successfully legalized the plant for recreational use, there are trials and tribulations each faced arriving there. And the states succeeding are the ones leveraging from best practices of others.

"States considering adopting medical or adult-use cannabis programs are taking a 'lessons learned' approach from those states with successful regulation," Brad Nattrass,  CEO & Co-Founder of urban-gro, leaders in cannabis cultivation technology told me. The North Dakota approach may have been too encompassing and lenient in the end. "The measure seemed doomed because it covered too many issues in one measure: home grows without limits, criminal justice reform, and a lack of a clearly defined path forward. North Dakota may have had a better outcome with this measure by adopting how states promote responsible consumption: start low and go slow," Nattrass concedes.

In a sparsely populated, spread-out, conservative state like North Dakota, more cannabis education may be necessary to flip the switch on a future measure. Not a lot of people have access to a first-hand or even second-hand experience of medical marijuana and its benefits.

"We had great expectations that North Dakota would join 33 other states in the nation who legalized responsible access to cannabis,"Jessica Billingsley, CEO & Co-Founder of MJ Freeway, the company that invented seed-to-sale technology told me. "While the lack of regulation being apart of the ballot initiative may have contributed to the loss, it’s clear to us that more education is needed to break down the stigma surrounding product use and increase understanding of the numerous economic impacts that are connected with legalization."

During his contentious time as Attorney General, Sessions reversed the lenient Obama-era stance towards weed, known as the Cole Memo. While Sessions’ rhetoric was always hostile towards marijuana, that rhetoric seldom translated into equally hostile enforcement.

His acting replacement, Matthew Whitaker, seems to have a more open view towards medical marijuana use, although his views on federal drug enforcement policies may spell continued trouble for states with recreational use. It’s unclear whether a functional relationship between the President and a new Attorney General will lead to the tougher enforcement promised by Sessions.

Whatever stance the new Attorney General takes, it is clear that the march towards legalizing weed nationally will go on, driven by the tireless efforts of voters, patients, industry experts and advocates.

"It's very exciting to see the incredible strides the U.S. has made for marijuana legislation with this election,” Dr. Titus, CEO of Medical Marijuana, Inc, said. “As a pioneer in the industry, and as the first publicly-traded cannabis company in the U.S., we have seen a true shift in the opinion of the American people on cannabis in the past decade and we're thankful that this progress has only continued with this year's midterm election."

American voters of all political affiliations are uniting around marijuana legalization, and they’ll remove any roadblock to it: just ask Pete Sessions, former Republican Congressman from Texas. As one of the most powerful anti-pot voices in the U.S. Congress, he’s had a lot of power in blocking federal legalization. But he was unseated by Democrat Colin Allred on Tuesday.

After Tuesday’s elections, thirty-three states now provide access to medical marijuana, and ten of them, plus D.C., allow for adult recreational use. With the majority of states legalizing marijuana, the federal government is under increasing pressure to legalize it nationally.

Steve Hawkins, Executive Director of the Marijuana Policy Project, sums up the hopes of many in the industry: "We hope Congress will do its part to ensure these state laws continue to be respected by our federal government. Or, better yet, they could enact legislation at the federal level to ensure medical cannabis is a legal treatment option for all Americans."

Some think 2019 may be the year for federal legalization, but only time will tell how the shakeup at the Justice Department will affect legalization’s chances for the rest of Trump’s first term. The end goal for advocates, medical proponents, and consumers, however, would be a complete de-scheduling of the plant.

“It’s time to stop talking about and re-scheduling marijuana in the Controlled Substances Act and start moving toward fully de-scheduling," Dan Anglin, CEO of CannAmerica Brands told me. "For the American people who desire safe access to regulated cannabis in the same way they access alcohol, re-scheduling is a travesty. The best solution is letting states create their own policies without federal interference."

To do so, the incoming 116th U.S. Congress would need to advance the bipartisan states’ rights bill (Strengthening the Tenth Amendment Through Entrusting States (STATES) Act) that would allow states that have legalized cannabis to conduct business without federal punishment. "Further, we need to lift the barriers to research into marijuana and hemp and encourage growth in these industries because the economic impact cannot be denied," Anglin concluded. 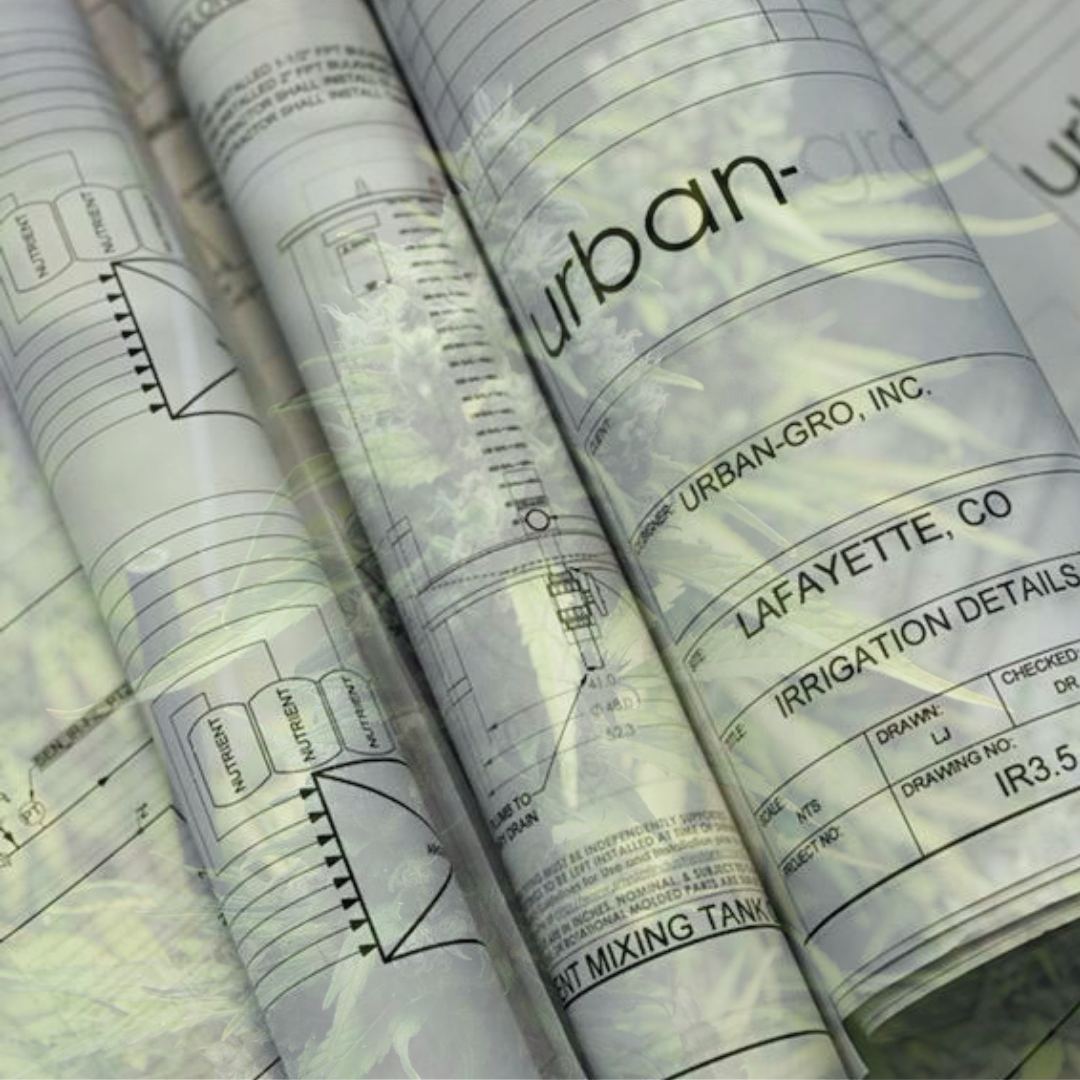 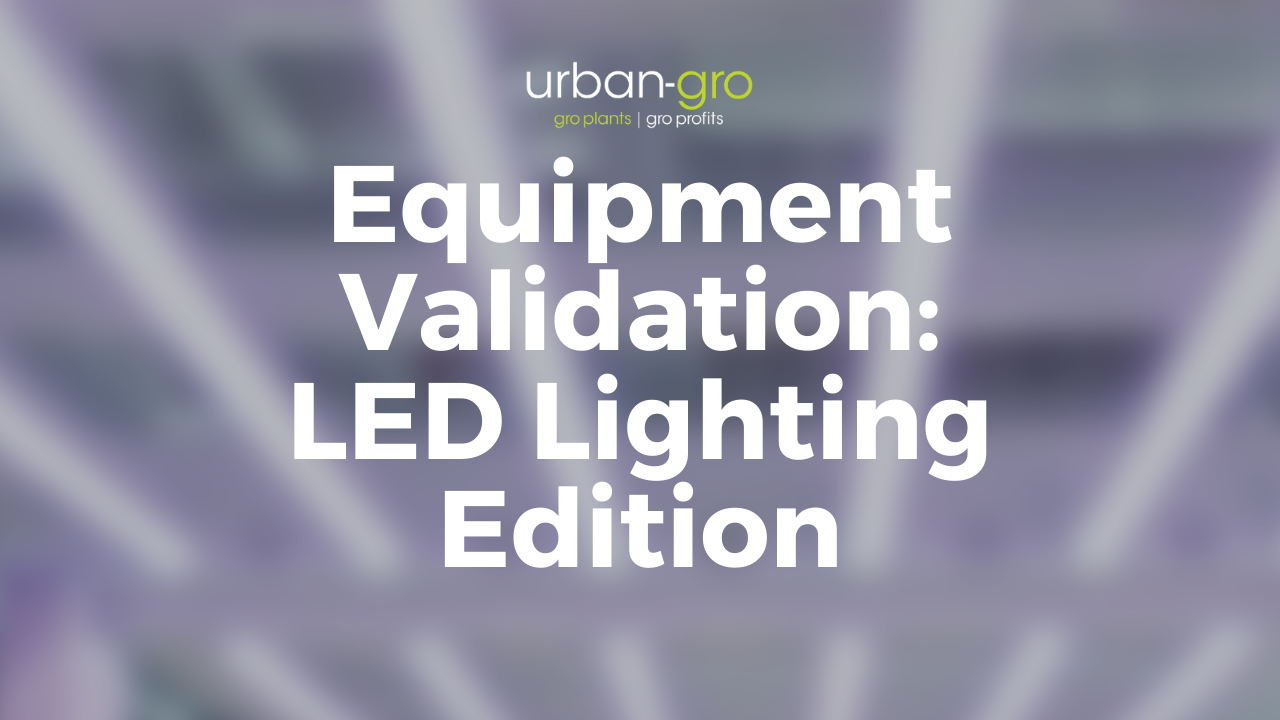 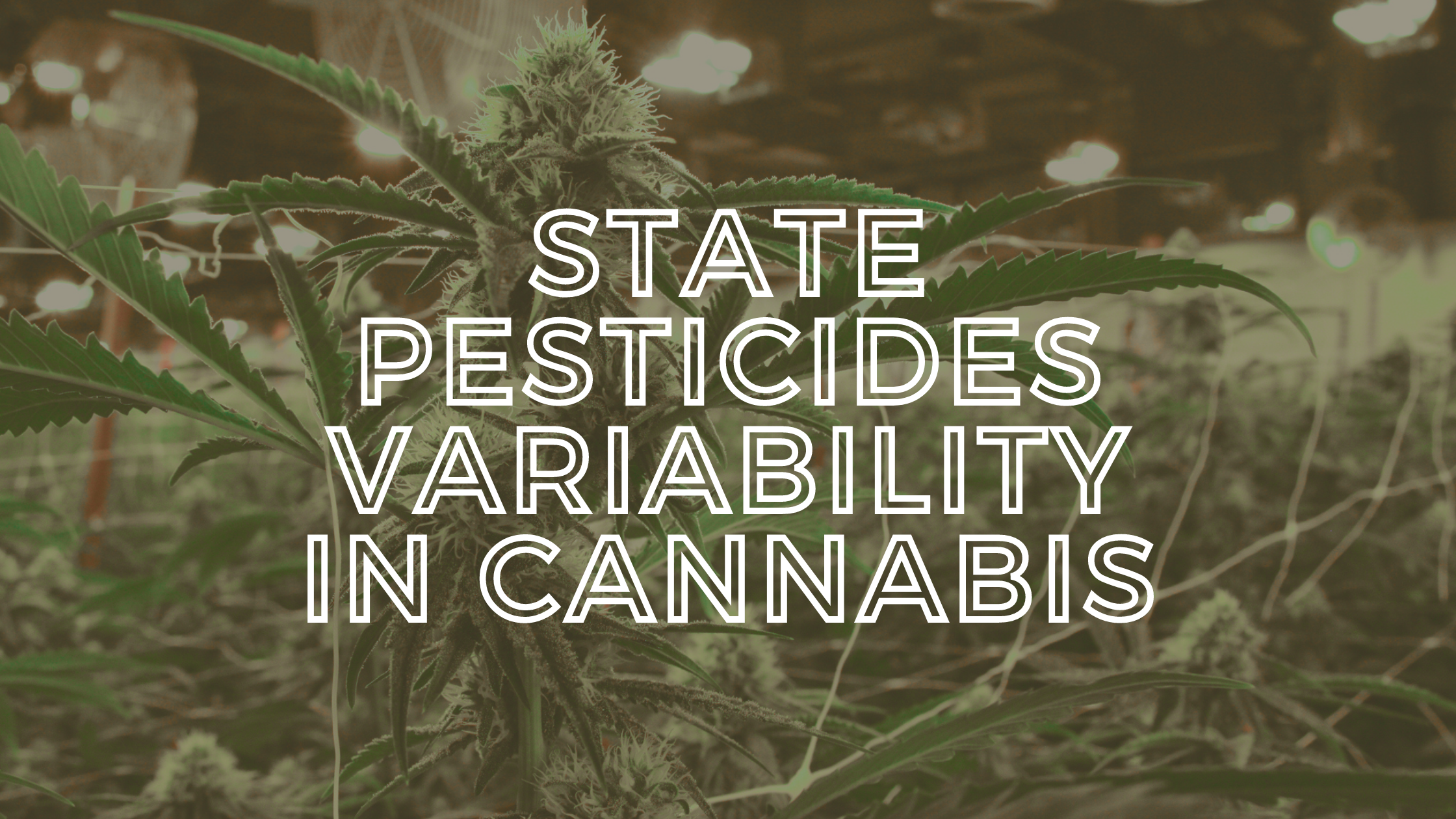 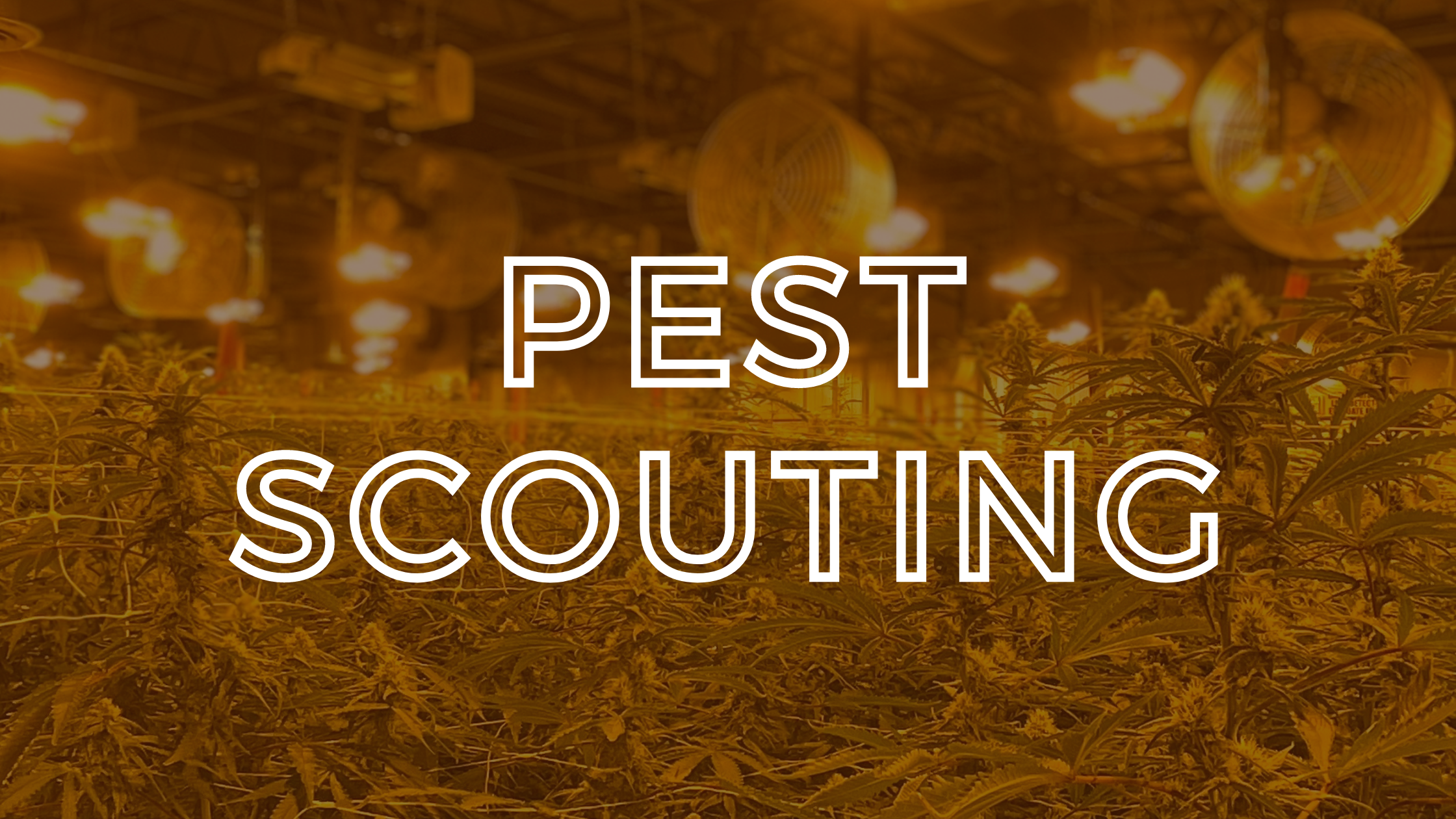